Photo by Zoriana Stakhniv on Unsplash BY CHLOE HALL

“I have come to view bachelorette parties as liminal spaces where traditional codes of conduct and behaviors do not exist,” explains Maria, a twenty-something New Yorker who has attended two — I can’t believe we’re calling it this — “last days of freedom” parties for the women in her life. “I fear the invite,” adds Ariel, a 30-year-old four-time bachelorette party attendee living in New York, and yet still plans to go to all her friends’ celebrations.

The bachelorette party invite is scary, it seems, not only because it celebrates retrograde stereotypes around relationships — this doesn’t have to be the end of your normal life! — but because it’s also mandatory. Then, there are the “themed” props: banners about “The Last Penis You’ll Ever See” and dick-shaped gummies, as featured at one of the six attended by Sara, a California bachelorette party veteran. And, somehow, if you don’t show up, you’re the bad friend. “It just feels super regressive,” says Alicia, a 26-year-old New York resident. “I hate strippers after the spa.” Kathryn, a 25-year-old a six-time bachelorette party attendee also feels that there’s no necessity to pay to hang out with her friends. “We hang out every weekend, so why would I spend hundreds of dollars to hang out with you on a weekend you’ve designated ‘yours,’” says Kathryn.

Five women told us their “it’s not you, it’s me (but really it’s you)” stories about the unique demands of bachelorette parties, coming up with three reasons to pump the brakes on the ever-more-extravagant tradition — and one compelling reason that we’ll all probably show up for the matching T-shirts and penis candy anyway.

On average, the five women have spent a total of almost $900 on bachelorette parties (and don’t even get them started on the cost of being a bridesmaid). The hefty price tag covers the cost of outfits, drinks, covers, tips, and Ubers. “Over time, bachelorette parties have evolved to include ritualistic behavior including, but not limited to, heavy drinking, coordinated outfits, novelty workout classes, puppy parties, phallic paraphernalia and of course, strippers,” explains Maria.

“I don’t feel like maxing out my card in a tank top I’ll never wear again for your $22 margarita.”

These things cost a lot! Brides, resplendent and carefree in their last technically single days, are ready to spend. $40 boutique fitness classes and massages that cost hundreds add up quickly — and that’s just the lower-key bachelorettes. A wilder bride might ask members of their bachelorette party to ride along as she makes it rain on a Magic Mike cast member or jets off to Vegas or Atlantic City. The women we talked to spoke of the fear that comes with watching tips, drinks, and waistband singles pile up.

“I spent close to $1,000 dollars on a bachelorette party in New Orleans,” explains Ariel. “It was just countless nights of extravagant dinners where the appetizer menu started at $25.” Ariel also noted that the price had an engagement party and bridal shower which also costed her over $500. It all adds up fast. 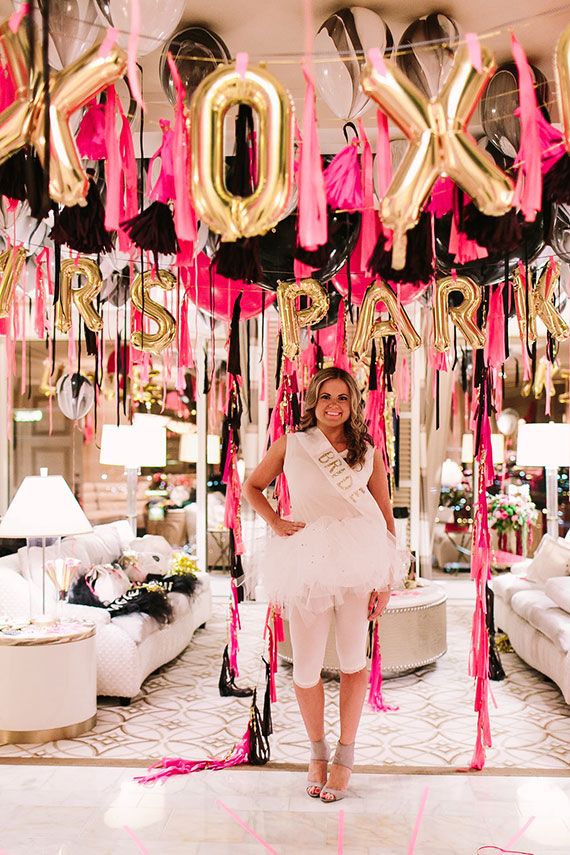 I’m a bit too old for this.

Everyone loves a wild night out, but with the new trend of weekend-long bachelorette trips to Miami, Austin, or some other destination, an endurable party turns into an unending bender. “It’s hard to take off work and travel to these destination events,” explains Sara. “And it’s hard to come back after a weekend of partying until 4 A.M. every night.”

All four of the bachelorette parties Ariel has attended have been destination events over a long weekend. Ariel prefers the intimate and chill bachelor parties that don’t require partying like it’s Ibiza — when it’s really Texas. “Add on traveling and partying and trying to keep up, and it becomes a lot,” says Alicia. “For my close friends, of course, but I can’t rally for everyone.”

Each participant says she has dealt with a difficult future bride at a party. Ariel was left with an indecisive bachelorette who couldn’t agree to any plans, so left her scrambling to figure out the night’s direction. Alicia has dealt with a bride who brings wedding jitters to the party. “She was stressed about planning the whole time and wasn’t living in the moment,” says Alicia. But perhaps it’s understandable for bachelorettes to be on edge so close to the wedding; Sara and Maria admitted to dealing with difficult-to-please brides, but didn’t want to provide more detail.

“The worst part of a bachelorette party is an entitled bride,” explains Sara. “I just paid for flight, hotel, and about to drop a billion dollars on Instagram worthy activities and we are expected to also pay for the bride’s portion. I don’t feel like maxing out my card in a tank top I’ll never wear again for your $22 margarita.”

Despite all the drama, we’ll probably still be there.

“Whether or not I enjoy these activities outside the liminal space, I partake,” says Maria. “It’s an opportunity to bond with friends living far and wide in an intense, concentrated way.” Maria echoes the majority of reluctant bridesmaid attendees: “I hate them and love them at the same time.” Even with the bride-tribe tattoos and enforced matching apparel, at the end of the day, you’re celebrating a friend you love (and who found love!). The party’s also usually a good excuse to get the “old gang” back together and reconnect with friends. Plus, it’s an excellent reason to celebrate someone special going though one of life’s biggest milestones. “In all cases, they were like mini reunion weekends — think Girls’ Trip minus that pee scene, explains Ariel. “And, sadly, no Kofi Siriboe.” On the other end of the spectrum Kathyrn kept it real. “No, I don’t want to go to your bachelorette party.”

*Names have been changed to keep friendships alive. 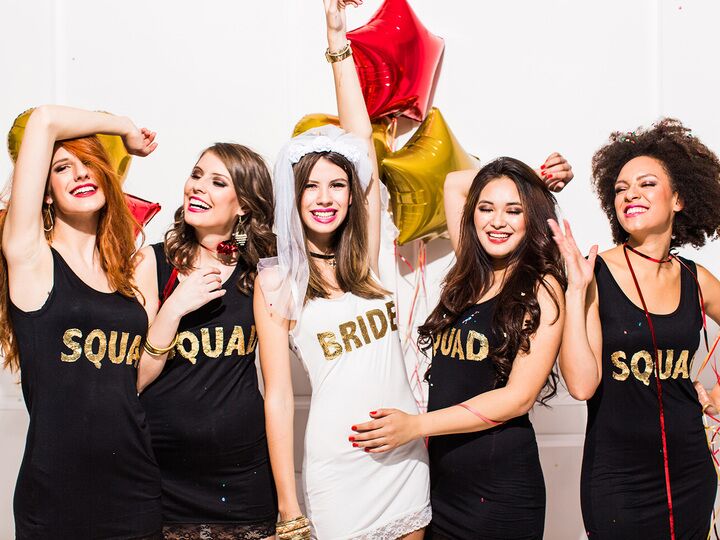 HAPPY PLANNING FROM YOUR CHAOS COORDINATORS!

Subscribe to our newsletter and find out first about New Wedding Styles, Seasonal Sales, DIY Wedding Tips and Planning Posts.

We’ll only send out a newsletter once a month so you don’t feel spammed!